From 12-13 November 2012, the 11th East Asian Airport Alliance Annual Meeting was held at the Mayfield Hotel of the Gimpo Airportin Korea.

The theme of the Meeting is “Commercial activities to promote financial revenue airport”. The Officials from the Land, Transport and Maritime Affairs and the Seoul Metropolitan Government were invited to attend the Annual Meeting. In the Meeting, all Executives shared their commercial operation and planning. After the exchange of view and information, all participants were benefited from the Meeting.

In the Meeting, Dr. Deng Jun mentioned the revenue status of the Macau International Airport in the recent years, especially elaborating in details for the non-aviation revenue achievements. He mentioned that the throughput of the Macau International Airport maintained approximately 4 million passengers and this was a typical passenger throughput of small and medium-sized airport. 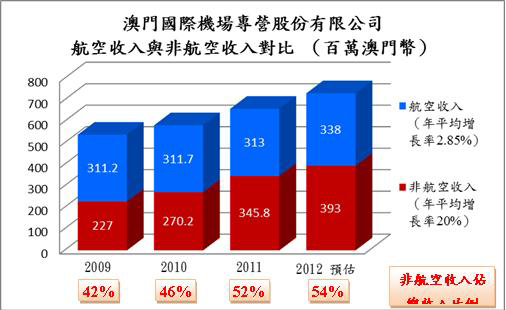 As mentioned in the chart, since 2009, it was not only the aviation revenue going up, but also the non-aeronautical revenue showed more aggressive growth during the same period. We know that the world economy crisis began in 2008 and affected the growth of global aviation industry. In 2009, Macau International Airport Company Ltd. re-organized our human resources and Commercial Development Department was established mainly to deal with the non-aeronautical revenue. In the meanwhile, we also speeded up the infrastructure improvement works. With the supports of the infrastructure improvement, we optimized and enhanced the airport operation with creativity and integration management directives; thus, it also contributed to the rapid development of non-aeronautical.

With the growth of the non-aeronautical revenues in the Macau International Airport, it brought positive and effective results for us – adequate funds for us to develop our airport infrastructure and facilities, implementation of safety operation and maintenance; this included upkeep equipment and replacement of the obsolete aviation communication, navigation and surveillance (CNS) systems, aerobridges replacement, main fire and sub fire station renovation works and new equipment.

Dr. Deng Jun also mentioned the significant contribution in the non-aeronautical revenues of the Macau International Airport was the duty-free sales and advertising business. Without expansion of the passenger terminal building this year, we completed the expansion of 1,158 square meters of duty-free shops. According to sales index and statistics, our duty-free sales per square meter still maintained the same result of the previous year, up to 440,000 Patacas /m2. This was the result of the Macau International Airport Company to maintain our core value for “safety, efficiency, and effectiveness ".

This resulted from the combination of the innovation of management and local characteristics. In 2005, it was proposed by the Macau International Airport Company and organized / invested by the duty free operators. There were lucky draw for the sales activities, and the big prize was a BMW car and commercial /residential apartments! Those big prizes placed in the terminal departure hall, attracting all the passengers and also stimulated their willing & desire for shopping. Since then, the lucky draws were taken places from time to time for promotion purpose.  From 2006 to 2007, we also held that another form of lucky draw activities with the “instant lottery prize activities”; this was similar to the game of slot machines and this made a perfect conclusion for our passengers.  In recent years, operators continue to introduce new product category and brand as one of the strategies to open up the new market.

In order to integrate and promote the local culture of Macau tourism and gaming industry, the airport duty-free shops sold the  “God of Gamblers” cigarettes and “Macau World Heritage” chocolate; many passengerswere desired to buy these as their souvenir. As we can see from our new duty free shops, the shop fronts were full of local culture and characteristics. 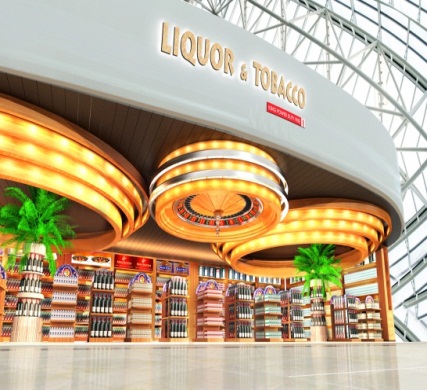 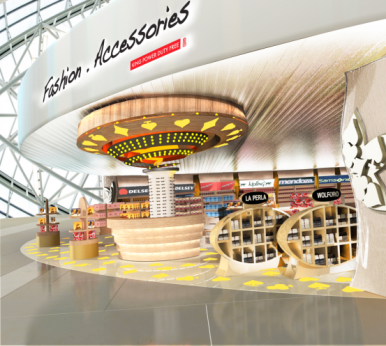 About the future business operation of the Macau International Airport, Dr. Deng Jun addressed the importance to further develop the non-aeronautical activities and this will be the future of Macau International Airport. We continue to insist the innovation direction and will develop the e-commerce activities. This needsthe cooperation and work together with our business partners, as well as the change the traditional concept and processes. At the same time, we also need to build state-of-the-art modern information technology and platform to deal with the future business.  This is also one of our targets for the Macau International Airport to build a multi-function of small and medium-sized international airport model. Meanwhile, Macau SAR Government has been strongly supported the development of the airport and plan for the future development in the aviation business; such as the increasing the area of the terminal building, the development of private jets business, which will drive the development of the market and increase the amount of passenger flow; all of these will be our driver and power source for the Macau aviation businesses. 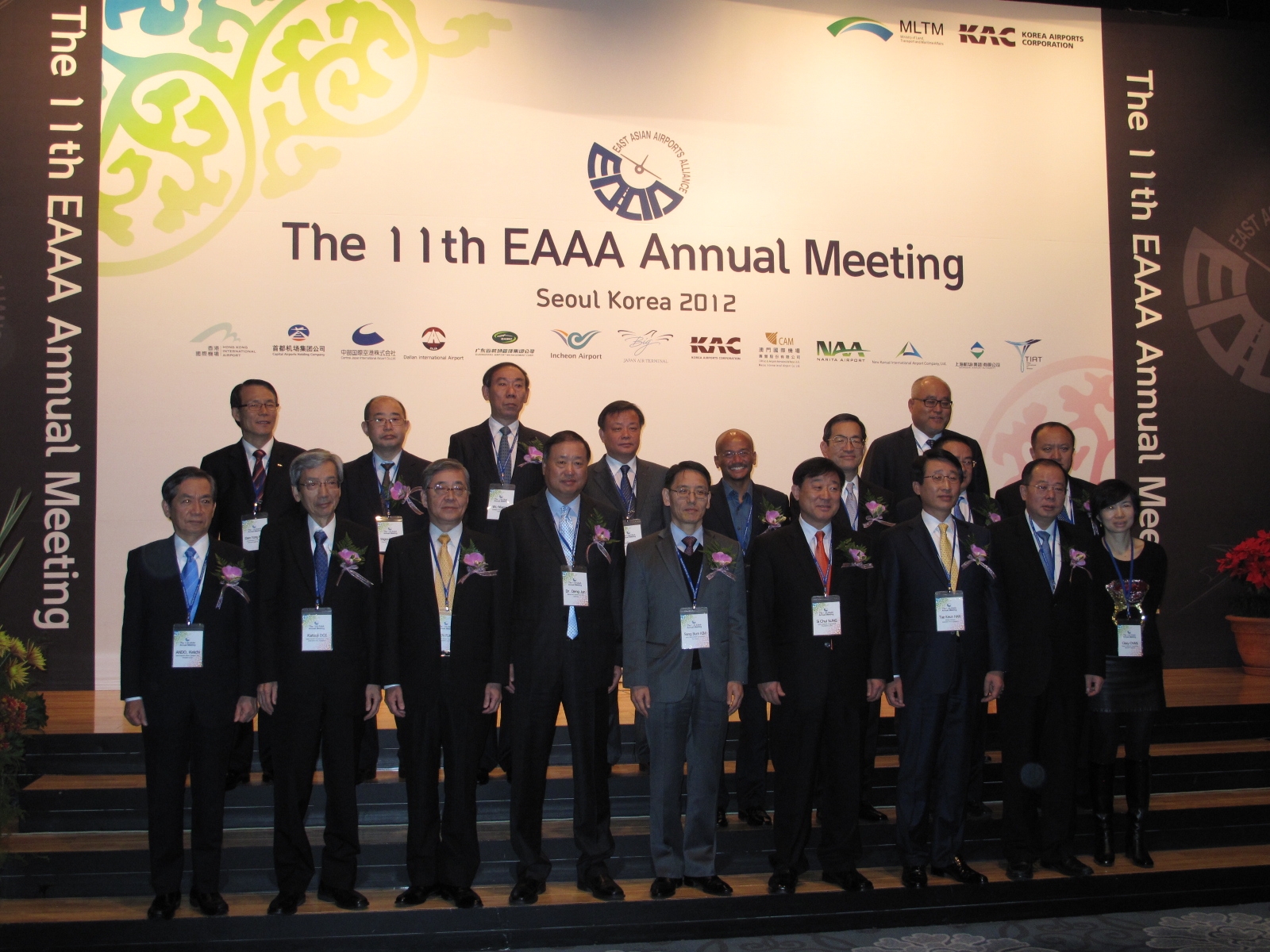 The higher management in the 11th EAAA Annual meeting 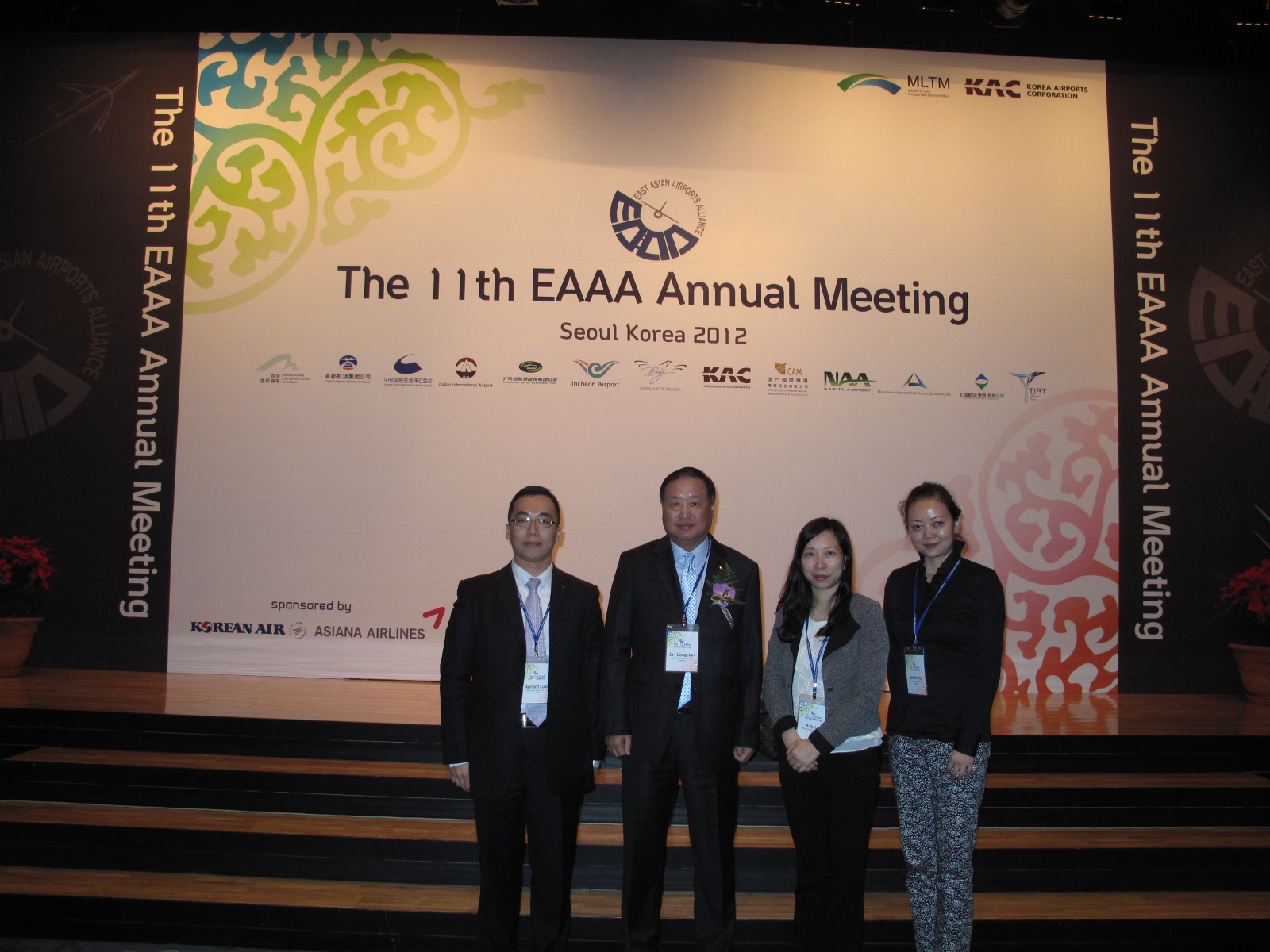