2022 / 12 / 08         14~22°C         55~90%
繁 简 PT
Airport operation requires professional techniques and security software and hardware, while the quality of services provided to airport users is also required to follow the internationally recognized standards. In order to fully understand the trend of international development, learn from the excellent management standard of partners in the same industry, as well as keep updated and lower the risk of being marginalized, Macau International Airport Co. Ltd. (CAM) has been actively participating international and regional cooperation platforms, including the international Airports Council International (ACI), the regional East Asia Airports Alliance (EAAA) , the China Civil Airports Association (CCAA) in Mainland and the nearby A5 Forum. Moreover, CAM emphasizes to make use of its own advantages to form airport alliances, aiming to unite the industry, build a platform for information exchange, interaction, communication and cooperation. Thus CAM has established sister airport relationships with several small and medium sized domestic and overseas airports. China and Portuguese-speaking Countries Airports Conferences are also regularly held in Macau to build a platform for communication and cooperation for Mainland China, Portugal and Macau.

To cope with the rapid development of the aviation market and increasing demand for air transport services in the East Asia region, East Asia Airports Alliance (EAAA), a cooperative organization of leading airport operators from China, Japan and Korea was founded in Jeju, Korea in December 2001.

EAAA members hold regular meetings at least once a year and may hold additional meetings when necessary. Every year members takes turns to hold the regular meeting in which EAAA has actively worked together to improve air transport services and passenger services in the East Asia region through various topic research and opinion sharing among operation and management representatives from different airports. 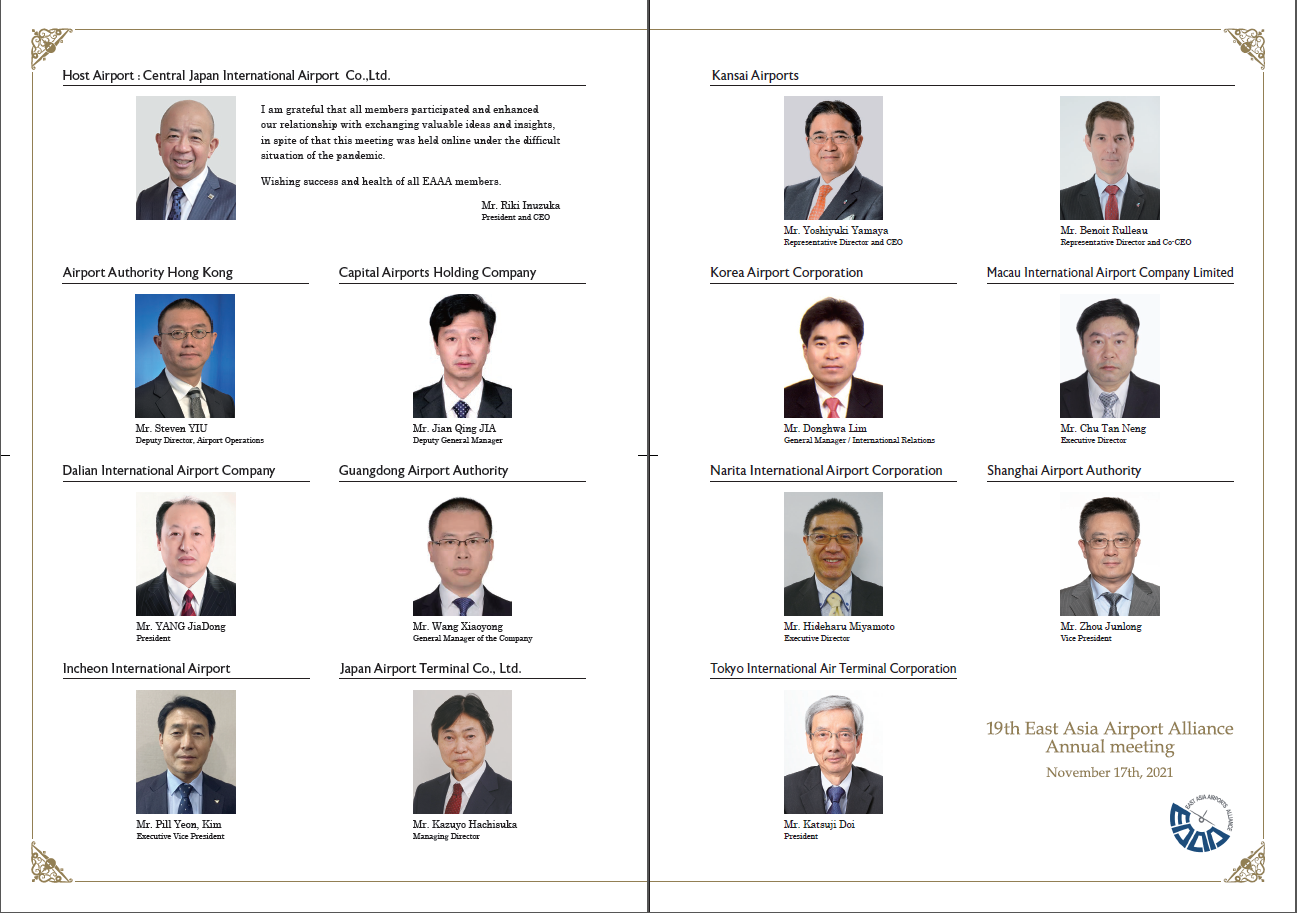 Coping with EAAA’s meetings conclusions, MIA has carried out the following projects by far:

1. Combined airport website information among members
Links to members airports have been set up in MIA’s website so that passengers traveling between East Asian countries can easily obtain necessary information of the respective airports. The airport websites are being translated into 4 languages with advice offered by the airports.

3. Joint customer satisfaction campaign
Members exchanged ideas on how to provide better service quality for passengers and decided to implement a joint customer service campaign on the theme of "Feel the Asian Way" on 1st July 2005.

4. Cost efficiency issue
Members shared ideas on how to improve cost efficiency and maximize revenues. Besides, in order to understand present conditions of airports, a list of airport facilities - "Airport Facility Chart" was prepared.

5. Facilitating transfer flow
The EAAA member airports are experiencing an ever increasing role in facilitating the movement of transfer traffic especially among each other. As an alliance group, a homogenous approach to address the needs unique to this particular segment of passengers should be developed so that passengers do not need to re-orient themselves each time they transfer at a different airport. Member airports exchanged views and sought clarifications on transfer passenger flow of respective airports at the 5th EAAA Meeting. The issue of potential synergetic joint ventures on flow facilitation among member airports was discussed.

6. Airport marketing promotion
In order to enhance total utilization of each airport for sustainable development by meeting customers’ expectation, members shared the best practices in every field of service facilitation at the airports.