The EAAA Customer Satisfaction Campaign launched on 1 July, concurrently with the other 8 member airports in China, Korea and Japan. Macau International Airport being part of the alliance was coordinating the campaign. The two-week campaign is to promote customer service awareness amongst the member airports for their services and the facilities.

During the promotion period, there would be live band playing songs of the different languages at the departure airside, to spice up passengers travel experience and to lift up the atmosphere during waiting time and allow passengers to a pleasant stay at the airport. At the same time at the airports of other members, different activities will also be organized to support the campaign. 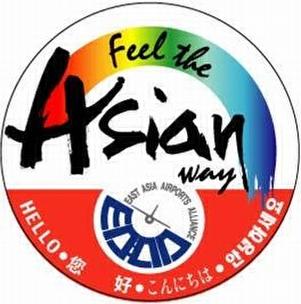