Macau International Airport (MIA) has taken the turn to host the 18th EAAA Annual Executive Meeting which has been held from 28th to 29th Oct, 2019 at MGM Cotai, the executives from 12 EAAA member airports have attended this grand occasion.

Dr. Deng Jun – Chairman of the Executive Committee of Macau International Airport Company Limited (CAM) warmly welcomed the presence of all member airports’ representatives. Ever since MIA officially joined EAAA and became the 8th member of the alliance in 2003, there are now 13 member airports altogether, and this year is the second time that MIA hosts the Annual Meeting with the first time dated in 2005.  Dr. Deng Jun introduced the development and the status quo of Macau’s Tourism Industry, and as one of the world class airport agglomeration, the Great Bay Area has processed 200 million passengers and 8.3 million metric tons of cargo in 2018. It is estimated that the passenger volume will reach 233 million with the cargo volume reaching 10 million metric tons in 2020, and the figures for the both will surge to 387 million and 20 million metric tons respectively in 2030.  The outline of the development plan for the Great Bay Area that was introduced in the early time this year highlights that both the “One Country, Two System” policy and the unique advantage belonged to Hong Kong and Macau shall be well employed, and the cooperation among mainland China, Hong Kong and Macau shall be constantly enhanced in order to build up dynamically international top class bay area and the world class  urban agglomeration. The development plan not only regards Macau as one of the four essential driving forces in the region, but also exhibits the pronounced support for the optimization and the expansion of MIA as well as for the development of the local general aviation industry. Dr. Deng Jun then presented MIA’s growing path since the official opening along with the accomplishment on both passenger and cargo section, satisfying revenues were also obtained through recent years; meanwhile, it is foreseen that the expansion on the south side of the passenger terminal building together with the reclamation project are likewise expected to infuse a brand new momentum which will stimulate the continuous growth of the local aviation industry, and raise MIA’s competitiveness on the international stage.

Though considered as the safest travelling mode, the threats to the aviation industry due to adverse weather, technical breakdown, terrorism, terrestrial and political matters are getting more and more attention in the world; as a result, the handling methodology of the emergent issues, the execution of the emergency rescue and the expedite restoration of the airport operation have no way of being belittled; therefore, the theme of 2019 yearly meeting is set as “ Crisis Management Planning of Airports”, based on which all the presenters elaborated on and exchanged ideas. The experience shared during the meeting greatly benefitted all the participants present who will further enhance their respective emergency rescue system with the overall aim of minimizing the miscalculation during decision making and improving the efficiency during salvation.

Mr. Antonio Barros, Director of Airport Operation Department of CAM delivered speech on behalf of MIA. He introduced the categories of the disasters and the potential crisis, elucidating that both the planning and the preparedness are the keys to the success of the management. The crisis management plan at MIA consists of four sections covering emergency planning, contingency planning, recovery planning and restoration planning, while the emergency planning cycle comprises four more phases. Mr. Barros also elaborated on the existing emergency plans including airport accident, fire in the fuel farm, bomb threat and armed attack etc., and underscored that an unimpeded communication as well as the prompt intelligence collection are extremely crucial to the crisis prevention and response.

Zeroing in on the theme with the incorporated factual experience, the speakers from each member airports expounded on their emergency planning and system deployment responded to natural disaster, operation system breakdown, pandemic control, civil aviation accidents and terrorism, and demonstrated the design and the upgrading of the emergency rescue system after integrated with cutting edge information processing technologies. An airport tour was also offered to the executives from all member airports, during which the visitors shared views profoundly on the respect of infrastructure, security and operation. In the coordinator meeting, Japan's Central Japan International Airport Co., Ltd. in Nagoya was selected as the host for the meeting of next year. All the representatives highly recognized the successful organizing of this year’s Annual Meeting which is worthy of learning by the member airports. 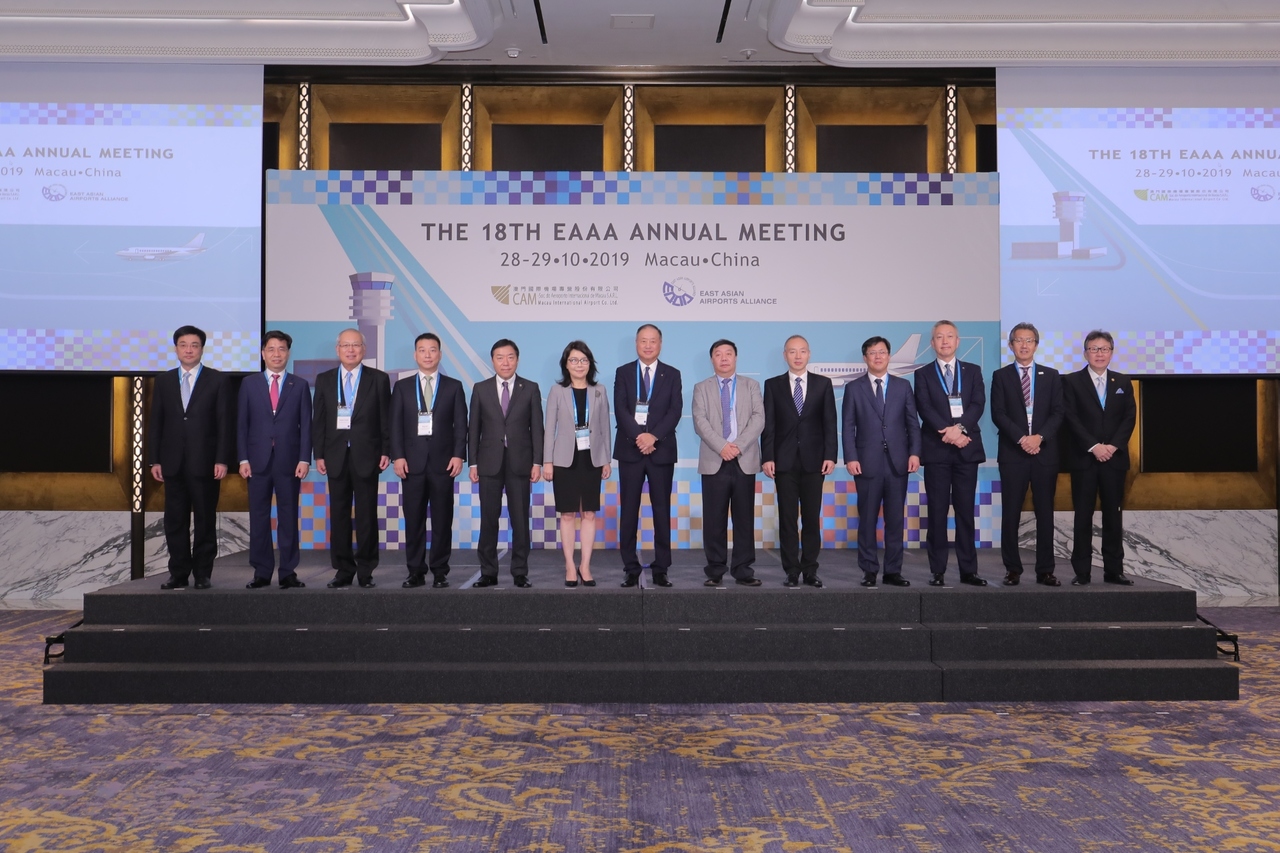